Start/End: Kihnu harbour is the starting and finishing point of our journey, the welcoming host and dispatcher of our guests. Here is where our exploration and treasure hunt begins

The best travel period: Kihnu Travel Wheel is passable all year round, but the best time to visit the route is from April to October.

Travel time: By bicycle: 4-12 hours, depending on your physical abilities as well as goals of the journey and interests. On foot: approx. 2 times longer compared to cycling, i.e. 8-24 hours.

Road conditions: Almost 80% coated, 20% uncoated. The route is passable with all types of bicycles, on foot (preferably) and, if need be (including for visitors with limited mobility) with a motorcar.

Start/finish: The “official” starting and finishing point of the route is Kihnu Harbour; however, as it is a circular route, one can start and finish wherever one pleases.

Marking: Most of the route has signposts.

Kihnu Travel Wheel is the perfect round route for discovering the cultural and natural sights on Kihnu island by foot, with a bicycle or even with a nostalgic sidecar. Kihnu Travel Wheel, which is designed by cultural leaders and tourism entrepreneurs of Kihnu introduces the cultural space, landscapes and sea views acknowledged by UNESCO to the visitors. Kihnu Travel Wheel is something through which we, the people of Kihnu, invite you to experience our valuable home island. The cultural space of Kihnu is unique, its striking originality lies in the communal lifestyle predominant on the island, various cultural customs, Kihnu language and natural environment.

The shape of the wheel has an important place in the cultural heritage of Kihnu. It symbolizes the traditional circular Kihnu wedding dance, the steering wheel of a ship as well as a bicycle (the most suitable vehicle for travelling on the route) and a sidecar, characteristic of Kihnu. The themed route itself can also be looked at as a wheel, as it is a circular route (circular=>wheel). There is a lot to discover on the journey, you can find descriptions of all the sights at visitkihnu.com

It is a custom that Kihnu men build wooden nest boxes and prepare them for mergansers who arrive from the south in March. The boxes are fastened high 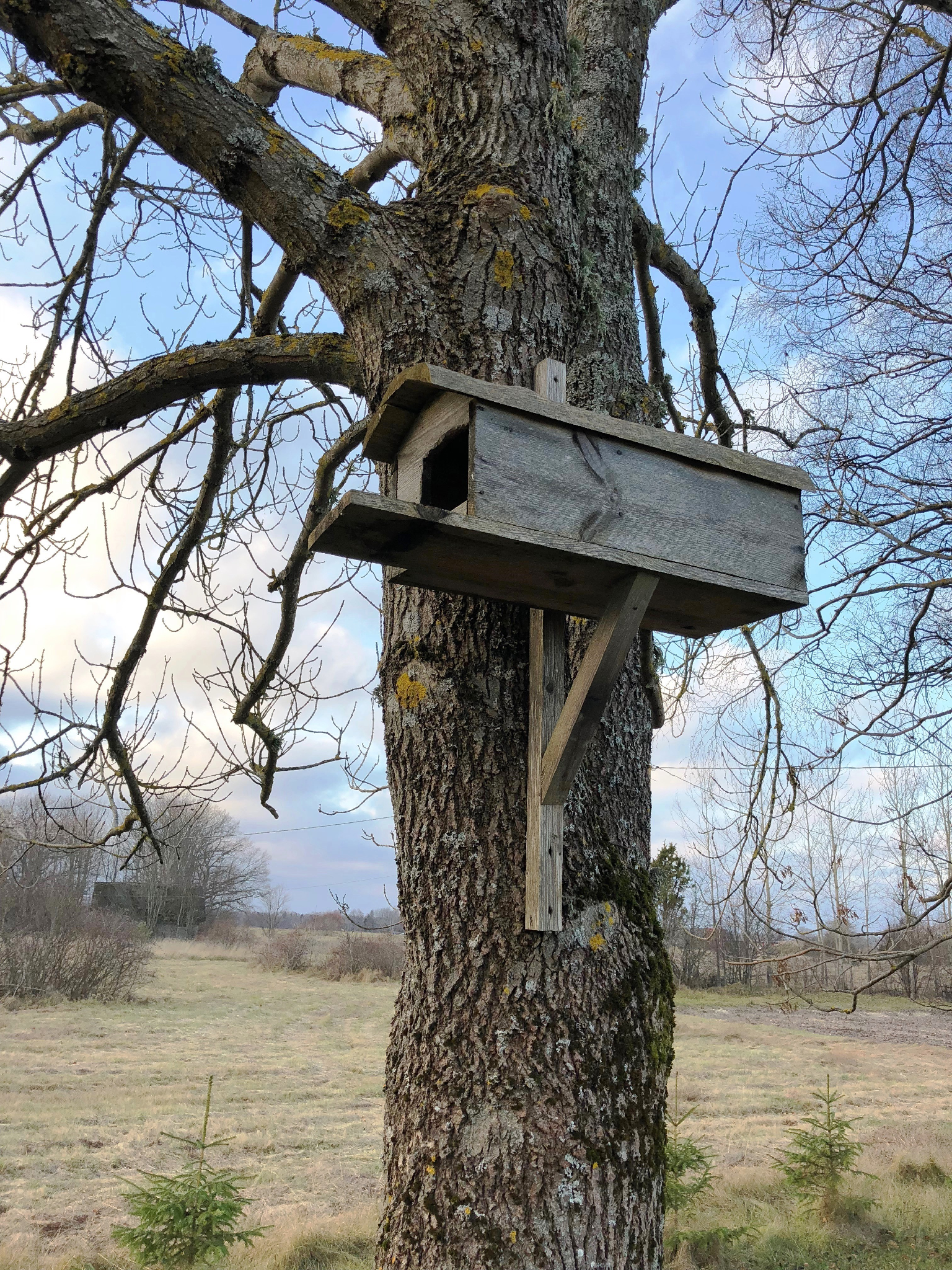 on the tree-trunks to wait for the beginning of the nesting season. Mergus are coastal seabirds, who build their nests into all kinds of cavities and man-made nest boxes also find favour with them. In the beginning of May, 10 cream-coloured oval eggs appear in the nest. Sometimes, several female birds lay eggs in the same nest box and thus, there will be so many eggs, that they simply will not fit under the nesting bird – that is, when the maker of the nest box has the right to take some of the eggs to eat. In spring, dishes made with mergus eggs are common in the Kihnu family menu.

The old fire station, which is located next to Kaevandu farm, was institutionally built in the 1960’s, after the arrival of the first fire engine ZIS-5. Since then, until the change of the century, the Kihnu fire brigade was managed by Jaan Joala from Kaevandu farm. The fire station also found use as an educational base for Kihnu students – a newspaper from that time writes that 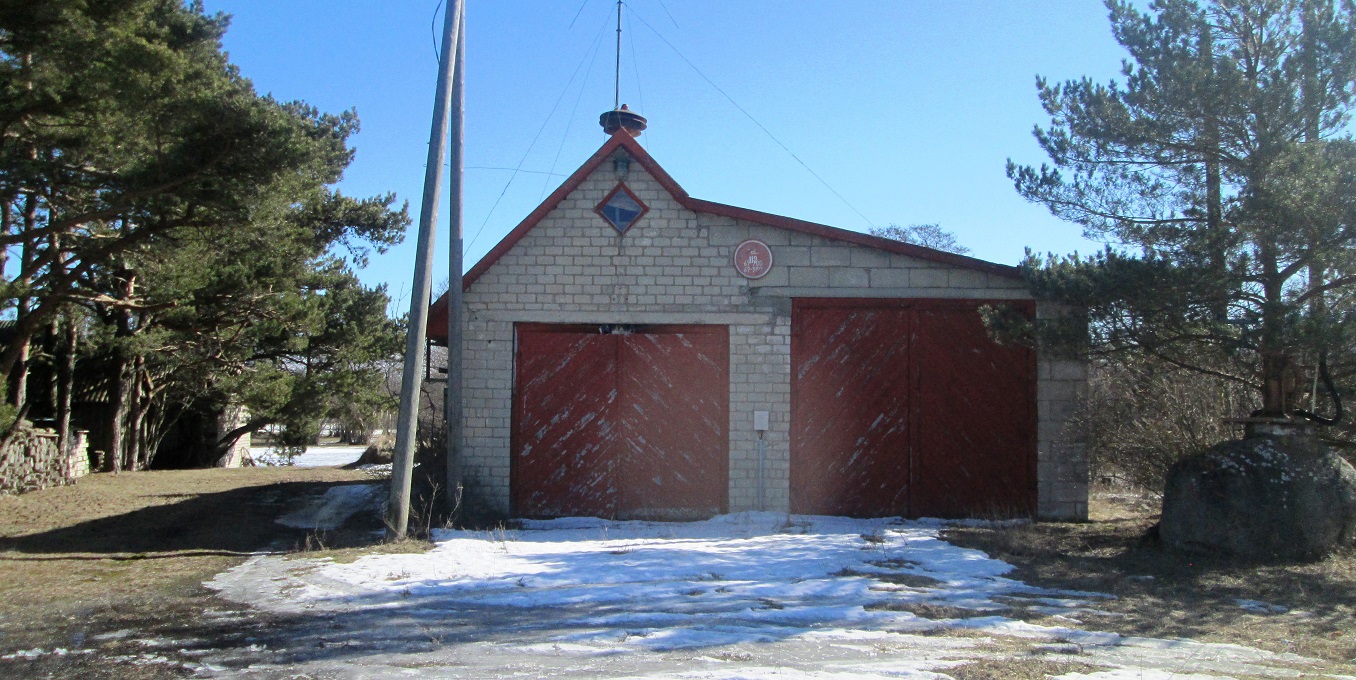 “students learn theory in class teacher lessons but practical skills are acquired in the fire station”.
After the restoration of Estonia’s independence, the building was given an extension to accommodate another tank truck.
In 2009, the fire brigade moved into the freshly overhauled rooms of the technical centre. The Kihnu fire brigade, under the leadership of Ago Laos, deals with approximately 12 departures a year. The peculiarity of this job is that firefighters work half-time and are on call at home. 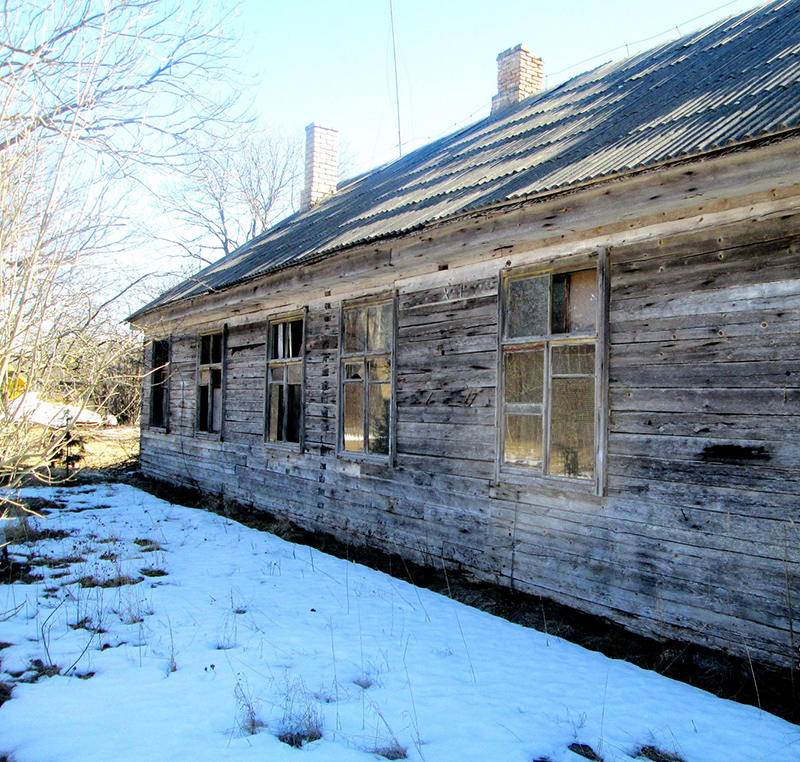 After the maintenance crew of the lighthouse had left Kihnu, the contingent, which had been their housing, was altered into a hen house.
Thus, Kihnu kolkhoz “Soviet Partisan”, earned extra income from selling the eggs.
It was common for men to gather around the hen house, so they could eat boiled eggs while drinking.

This is the birthplace of Kihnu hero Lülle Lüll. This strong and wealthy man had the courage to confront the violence with which the manor treated the 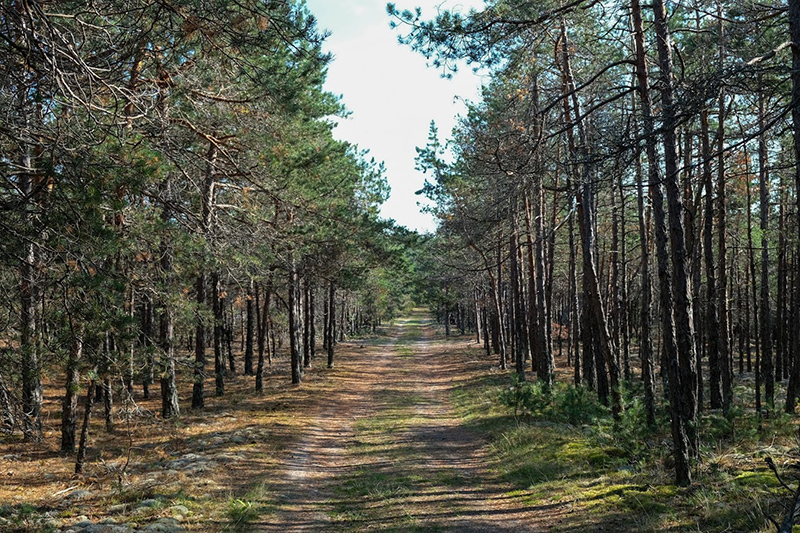 common folk. Nowadays, the mysterious incomer sometimes shows himself in the form of a light figure to a few chosen ones who dwell on the Lülle hill road in the dark. Several local people, who have walked that same road in the dark, are said to have arrived on an endless road, from where you can only return by turning back.

The first plane landed in Kihnu in 1953 and created great excitement amongst the islanders. The airfield that was first on the eastern coast of the island, in Linaküla, was in 1968 brought to Sääreküla on the northern coast. 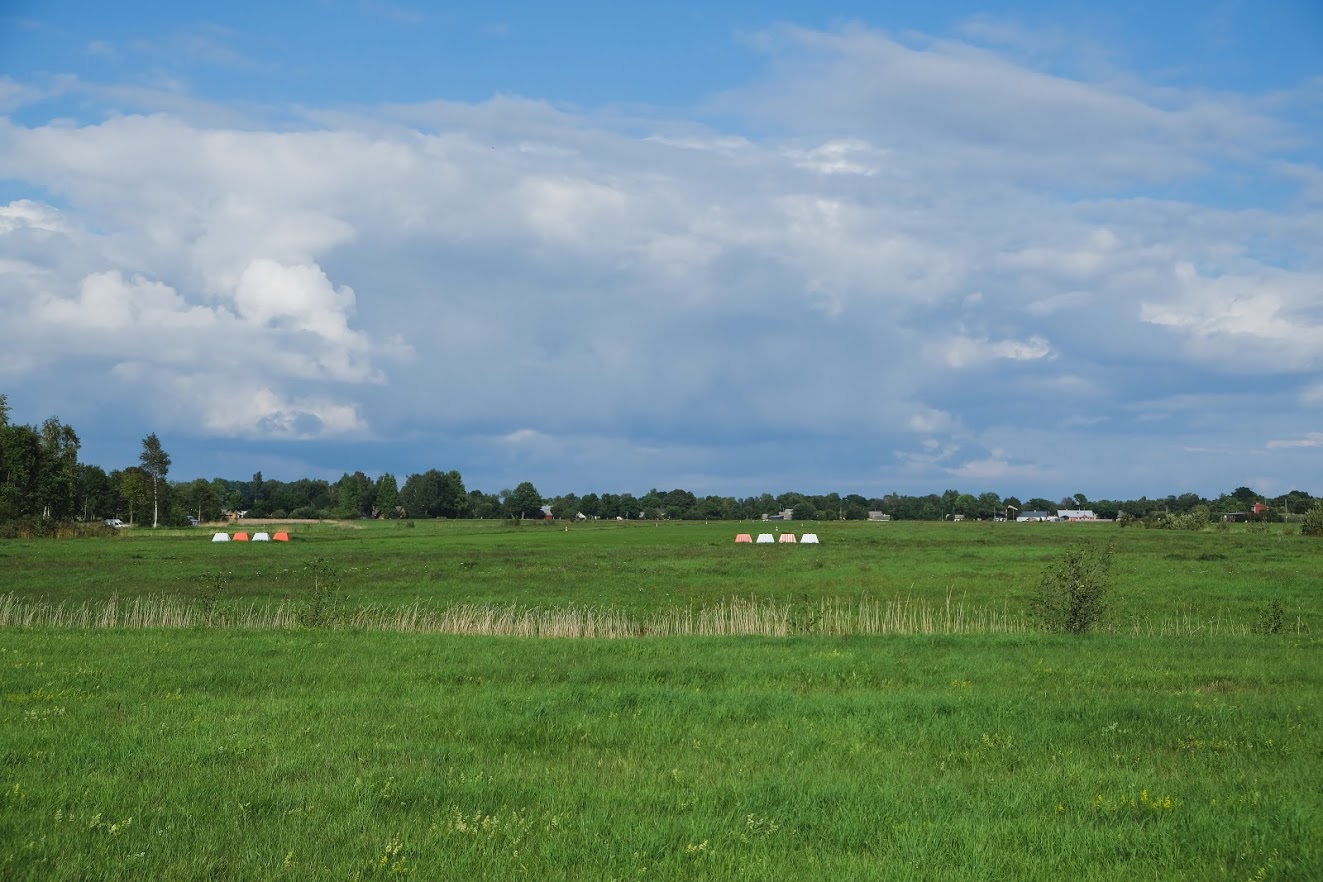 At the moment there are two unlit grass-covered runways, the Southwest-Northeast runway has been strengthened with a punched cover. Both paths are marked with a threshold and end markers, and edge markers. Since April of 2016, there are no more regular flights to Kihnu, only an emergency helicopter lands in exceptional cases.

In the summertime, clubs arrange skydiving on the Kihnu airfield.

In the trap workshop in Karduni, people made new sea traps and fixed the old ones. 6–7 women 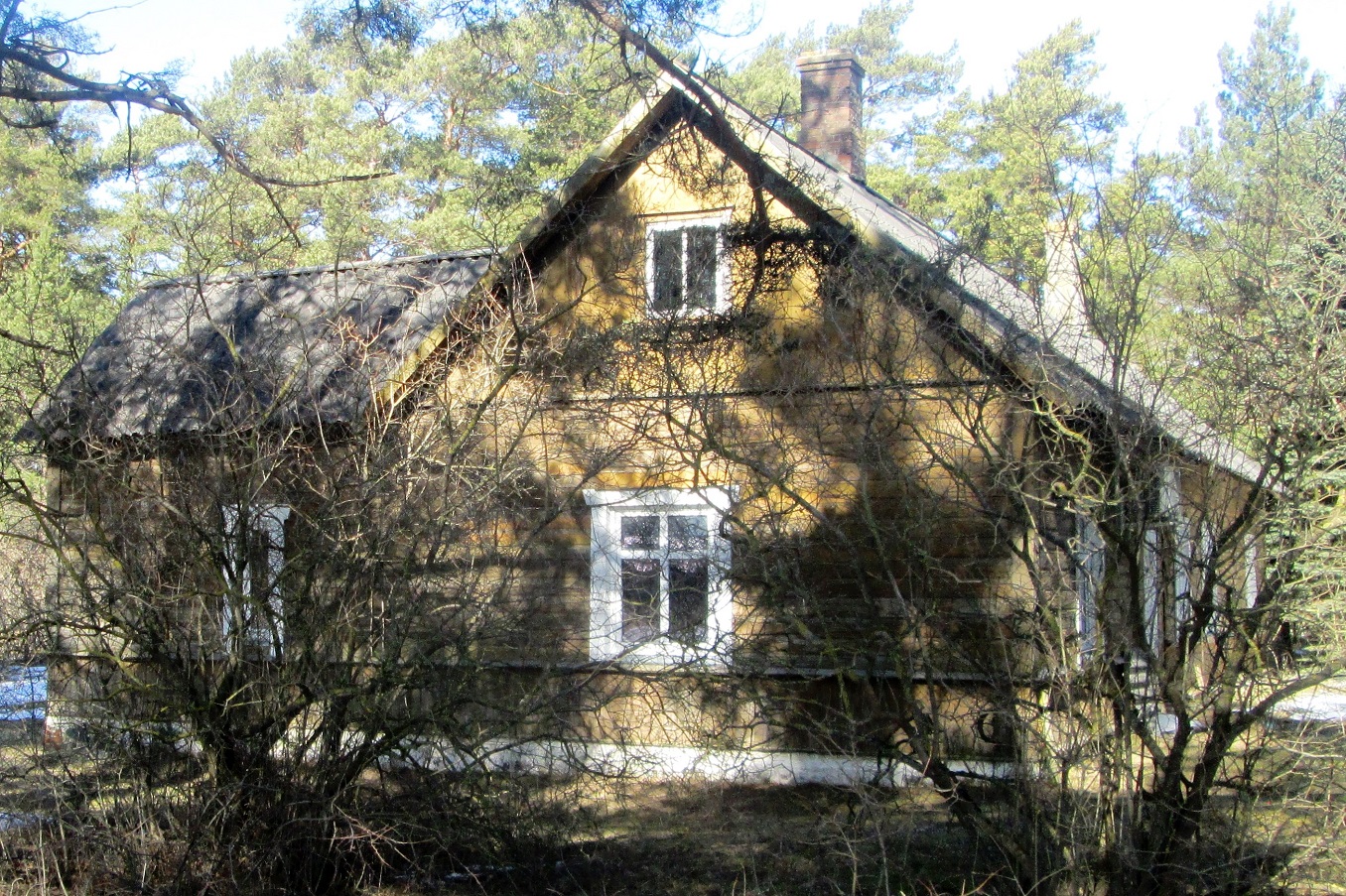 knitted mesh netting using a netting needle, they were making or fixing wooden fishing boats (the ‘kakuam’), herring nets, clubs with long stalks, trawls etc. Broken traps were sent to Kihnu to be fixed from different ends of the big "Pärnu fisherman" kolkhoz.
After the end of the kolkhoz order, a cooperative society was created for a short period of time, which made mesh bags as their last product.

Fishing has been an indigenous livelihood in Kihnu. During the times of kolkhozy, motors came to help men and made the traps more resistant. In addition to the ‘kaukam’, trawl traps and vessels were purchased and the catches increased immensely. In order to increase 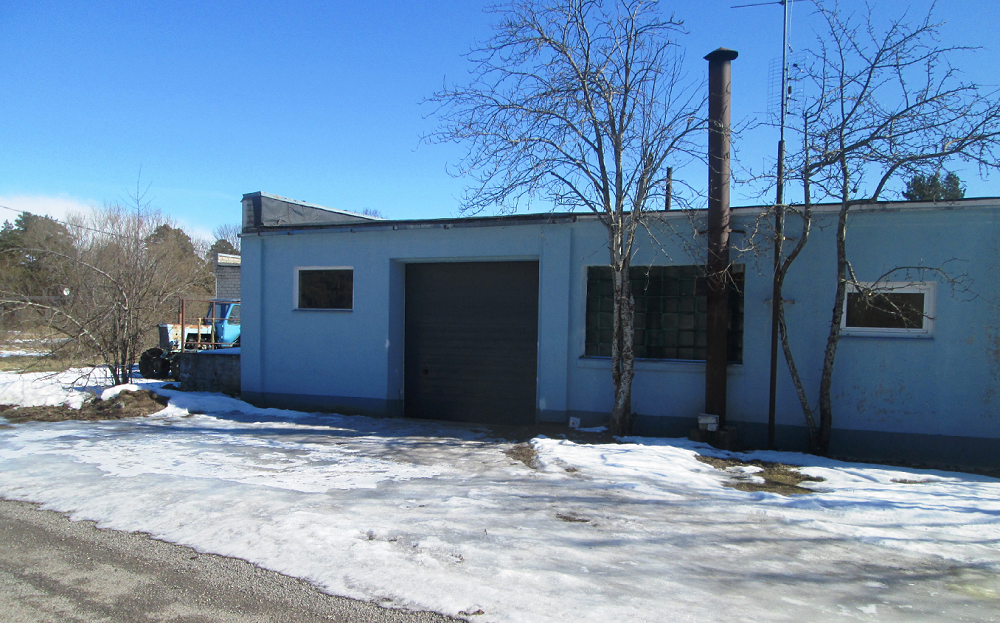 the value of fish and to create jobs for women, a smoke production facility was built on the island by the end of the 1960’s.
The smoke production facility of the fisher kolkhoz "Pärnu fisherman" was mainly used to salt, smoke and package herrings but bigger fish as well, such as cod and Atlantic mackerel. Even the boxes for transportation they made themselves. Children came to fold the herring packaging boxes. The production was mostly sold to Russia.

Kihnu Marine Society deals with, first and foremost, the conservation and revitalisation of the cultural legacy. 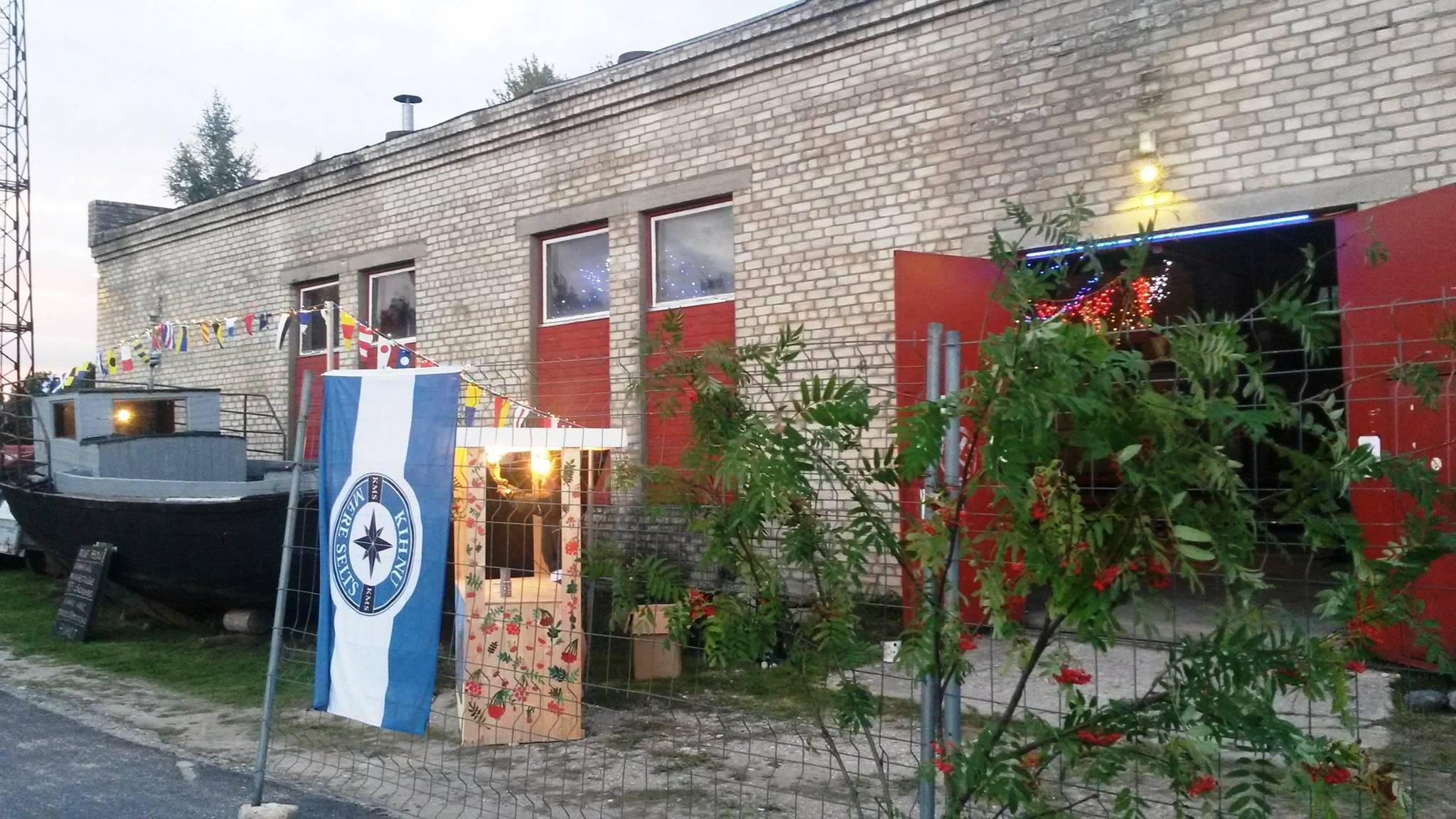 The non-profit organisation established in 2009 collects and maintains information concerning the Kihnu island and the strait (boat and vessel construction, fishing, sea environment).
One of the aims of the Kihnu Marine Society is to store and, if possible, to rebuild the vessels that were used in Kihnu before. In order to revive the construction traditions and work techniques and to acquire practical work techniques, a great challenge to rebuild the onetime stone ship has been accepted. The ship construction takes place fully in Kihnu and it is opened to the public – all who are interested can get involved in the building or simply observe it. The ship is being constructed in the building of the onetime Kihnu diesel power station. 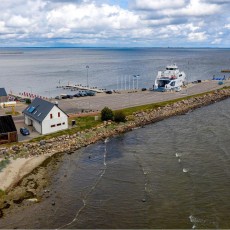 The main task of Kihnu Harbour is to guarantee ferry traffic. The port also receives yacht... 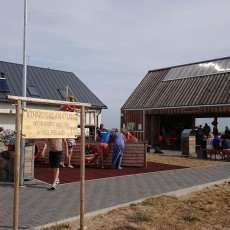 The market building is located right by Kihnu Harbour, in a new and beautiful port area. F... 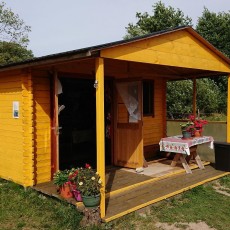 4. Lohu shop on the island of Kihnu

You can find Lohu handicraft shop in the village of Lemsi in the eastern part of Kihnu. T... 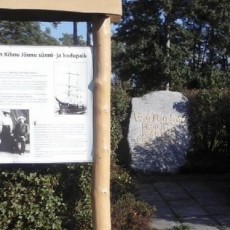 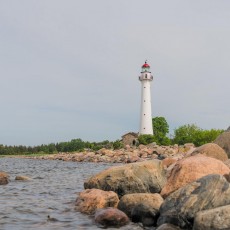 Kihnu lighthouse is situated on the southernmost tip of Pitkänä peninsula. It was brought ... 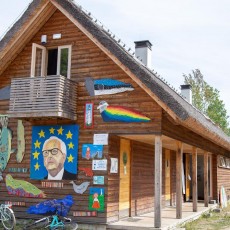 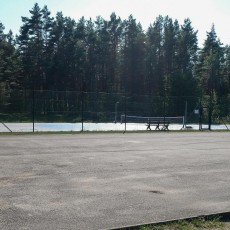 12. Tennis court and soccer field of the former community centre on Kihnu

A sports ground and an outdoor stage were built next to the former community centre in 196... 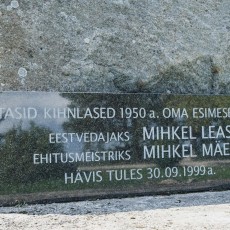 13. Monument to the former community centre of Kihnu

After World War II, the construction of the first community centre in Kihnu began. The bu... 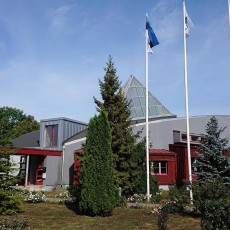 The exhibitions in the lobby of the ground floor of Kihnu Community Centre are open to all... 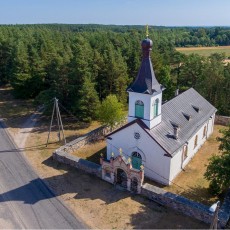 Kihnu Church, built in 1784, is one of the few orthodox churches converted from a Lutheran... 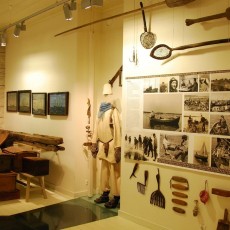 You must go to the exciting Kihnu Museum when you visit the island. It like an anchor in p... 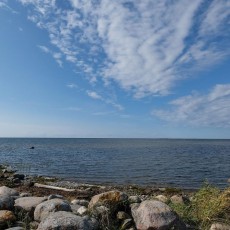 Suarõ Ninä (nose of the island) is a historical place name for the western shore of the is... 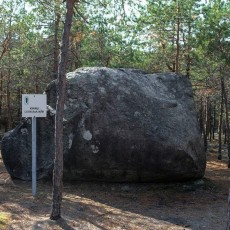 The Kihnu sea and coast are very rocky, but there are not a lot of large boulders. The Lii... 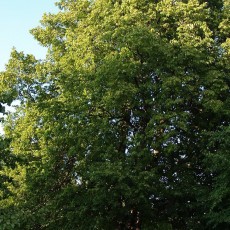 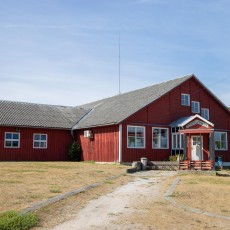 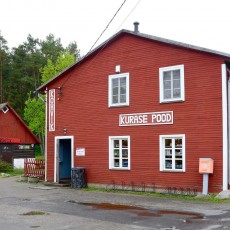 In the village of Sääre, 1.5 km from the harbour on Kihnu island, is the Kurase store, whi... 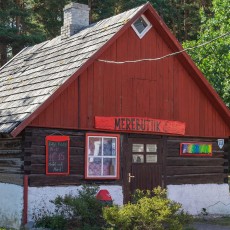 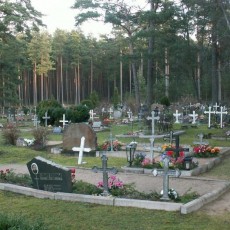 The cemetery is as sacred for Kihnu people as the church. You go there quietly and never a... 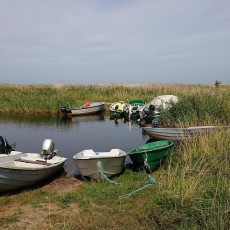 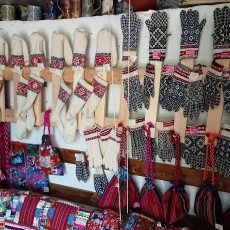 In the summer, the handicraft shop ‘Njaputüe pued’ in Kihnu sells a wide range of handicra... 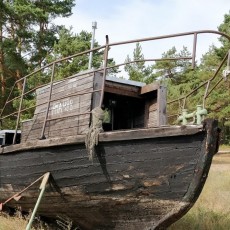 The northern part of the Suaru port is full of historic Kihnu fishing boats. This part of ... 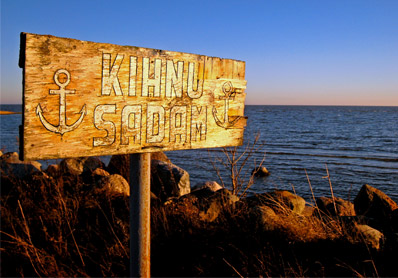 How to get to Kihnu?